After sweating through months of Budapest's Bikram studio without any  deep emotional transformation, I decided it was time to seek an authentic Yoga.
I believe yoga should penetrate parts of your being that even God forgot to address.I don't need a yoga butt  and i couldnt take the   Bikram bunnies obsessing in front of  the  mirror. .. Yoga is about getting beyond yourself, if you want revelation. Crack that mirror and allow the yoga to penetrate the divine.
I tried a few places  like Atma,and some  place with the word 'lotus' in it. But couldnt connect. Until i came across a new studio in Budapest called Bandhaworks.
Now, i have a history in Ashtanga. I went to the Naropa ( neurosa) institute in Boulder in the 90's and nearby was this little studio with a guy called Richard Freeman who would give these slightly attended classes in the afternoon. I  assumed Richard was like all teachers  so i took the circumstances for granted and l headed to nyc where I went to Eddie Sterns studio in the Puck Building. In both places, the room was basic, the students low key and serious about practice.And i guess it was all about the yoga.
So, I felt immediately uplifted when i entered Istvans studio in Budapest to feel  the same atmosphere as i had at Richard's and Eddies. Empty room, wooden floor, yoga paraphenalia, and some Guru pics. 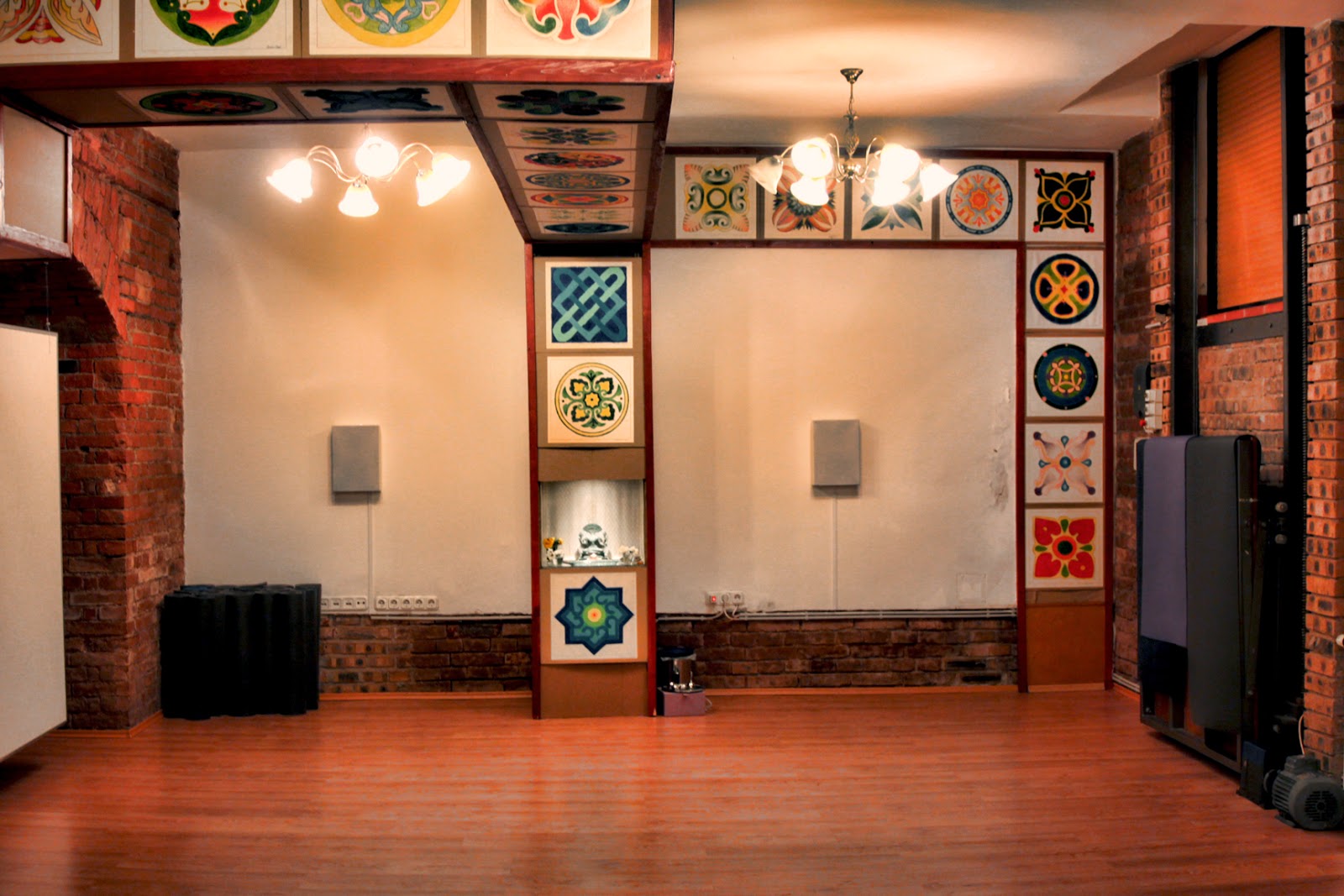 And then there is Istvan: 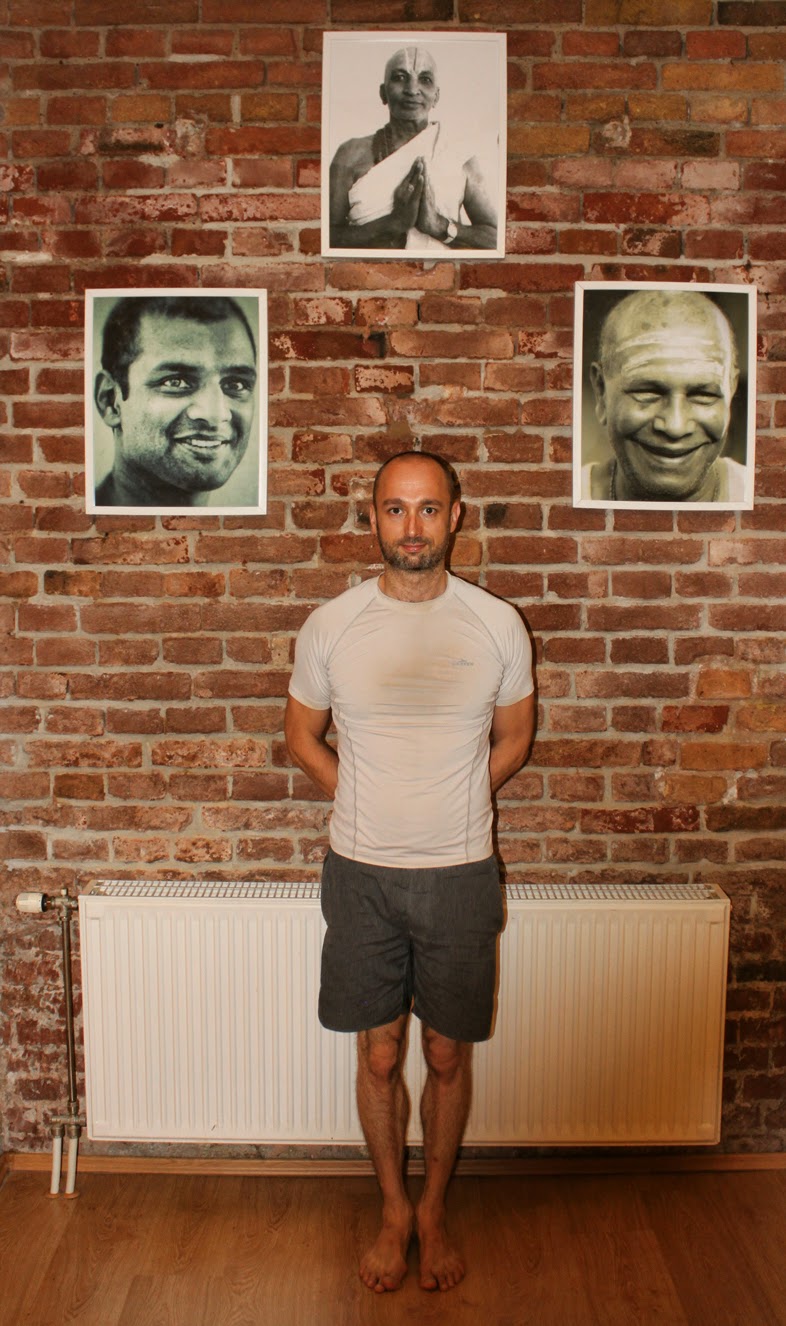 Now I have gone to  Ashtanga yoga studios all over the world, and i have to say Istvan is probably the best instructor ive had. Why? because he seriously relates to your practice. Some teachers look at you and smile. Istvan engages you, and not just sporadically, but constantly. Istvan and his associates clearly care about your practice, perhaps more than you. For some, this level of attention may be too much.For me, it was perfect because that's what study really means: the teacher is always teaching. And you, as student, just need to be there and learn. For many, yoga becomes yet another form of self involvement. But yoga actually isnt about clinging to oneself. Its the total opposite.Yoga challenges your ego with every breathe to take that free fall away from your habitual patterns of thoughts and feelings to a space where something  is real,alive and fresh . And you need a real teacher to put you there.

The studios timetable follows the tradition: Mysore in the early morning, and LED classes in midday and afternoon. ( see timetable on link)

So, if you're travelling to Budapest and want to  check out a great Ashtanga studio, theres no better place than Bandhaworks...

Posted by zantedog at 3:34 AM No comments:

Someone pulled some strings to host 2 days of the Deleuze camp in Denmarks most prestigious mansion-the house of Jakobsen, founder of Carlsberg beer. However,it was strange to discuss deleuze's influential book -anti oedipus- in a place more haunted by oedipus than Elsinore.
Setting: Copenhagen , late 19th century and jakobsen has just discovered  a new grain to make great beer. He sets up a factory on a hill on the outskirts of town  and soon becomes denmarks wealthiest man. Jakobsen calls his new concoction carls berg named after his second new creation, carl -and in a way typical of industrialists- makes his son and the place of the factory into one name: carlsberg.
Time passes, Jakobsen builds a beautiful yet ostentatious mansion next to the factory and watches his baby grow into a sensitive artistic  boy. Carl, fearing  his fathers dissaproval gives up his artistic pursuits to make  beer . He borrows money from him and sets up another factory next to the mansion, calling his  brand  "new carlsberg" . It is a greater success than his fathers.
Jakobsen is not happy with young Carls endeavor and rewards his son with a disinheritance sealing  off the windows on the left wing of his mansion so as   to never set eyes on his sons factory .  Soon after, he dies, turning his estate into a non profit foundation. 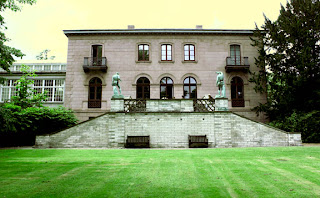 The executors to jakobsens estate negotiate with carl  to buy new carlsberg and so leave carl with enough financial independence to pursue artistic interests. Today, the Carlsberg foundation is denmarks leading financial support for the arts.The mansion also houses and funds innovators in the sciences, competing with Sweden's Nobel prize. While not as renouned as the Nobel, all residents of the mansion are entitled to free beer. (Niels Bohs spent 30 years on the second floor -see above)